To delineate the perambulation that necessitates a universal prerogative, taking into account the obfuscation essential to the diabolical essence of any kind of mechanical extrapolation, requires the blistering finesse of a manipulative rescission on behalf of the behooved party, or should I say the partly behaved parody?

Therefore, congruity should balance an effortless push toward a mendacious solution given the hyperbole of intrinsic confabulation. Consequentially, the foreboding criteria ingested ceremoniously cannot abide the diffidence shown in any prerequisite body of information that, in the end, cannot sustain any embodiment that castigates a monotonous malefactor.

One cannot fail to agree that any impediment to the forlorn utility brings forth an equal facade of categorically mammoth opposition creating a vortex of intermingled ozone simultaneously creating a perplexed vision of anonymity and incongruity. 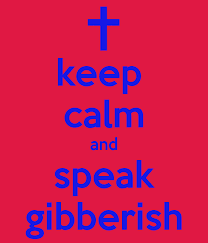 The abysmal decorum that permeates a non-ideological per diem cannot support epidemical practices sustained by millennial proposals. Verification of custodial benchmarks attribute fallacies designed to upend hierarchical positions usually embodied in fallacious curmudgeal edifices surrounding mendacious collusion. However, it should be noted that residual quantum indices play havoc with congenital exigencies, exasperating a perspicacious convolution of collegial  limitations. Make no mistake, veritable inhabitation of molecular structures can and often do contribute to the sustenance of impervious malediction. The diaspora of misdirections remains to be curated by those who mistake value in mere presence or no value in absence ergo netti netti. No validation is exhumed from a Eureka moment when it is discovered that some parts, though not all of them, have the hue of truth.

For those who have a predilection for primordial goo, let’s transubstantiate the arduous netherworlds of the barbarous and heathen fractals of symbiosis. Whether we inhabit the puerile haunts of the perennial conglomerate is of little value if that stance liquidates the folly of human endeavor. Be alert to the ashen past while we anticipate the perpetual explosion of the future.

In light of all this, let’s reconsider the dubious assumptions that permeate the epic coarseness of our conceptual analysis. The hyperbolic and often gratuitous hiatus can be abnormally ephemeral if not traversed in pedantic artifice. Though magnanimous in gesture, retrospective equine symbolism, for example, can conflate entrances and exits in a manner that makes a perimeter an excess of access, not to mention egress without progress therefore and henceforth polluting our existence with false equivalence.

Hi Ron; its Bruce. I read this the other day and it returned to my brain with the thought that the amount of work that went into it deserved to have a comment. I stopped counting the words or the usage that I didn't know or didn't understand after about 25. Your intent was not clear even on a second reading but it seemed to me to be a commentary on the garbage that permeates so much of the news media and the internet.
Thanks for the effort!

I should be thanking you for the effort. This was an experiment in just letting my mind go, choosing the the most complicated words that through stream of consciousness "randomly" connected to other words. It was almost as if I were channelling William F. Buckley after a few too many Scotches. Again, thanks for checking it out.