On Writing — Reader’s Expectations: To Meet Them Or Not Meet Them 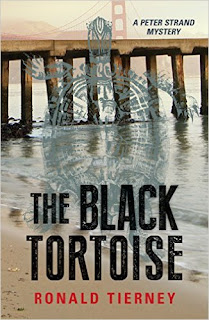 Authors live and die by the reviews. I have been blessed by the attention over the years.  And I thank the highly educated, overworked and often underpaid reviewers who help keep writers afloat.  In my couple of decades I have never argued with or complained about a review. I don’t intend to do that now. But a very recent book review of the second in my new novella series about a forensic accountant touches, perhaps inadvertently, on the topic of authors writing in a different style and or a different genre — meaning he or she is likely not to meet the expectations of a reader familiar with writers most popular or previously accepted work.

This happens to many writers. Some never leave the pattern of their original success. From the readers’ point of view, I understand. It is much like one of those moments when you  expected a Coke and were shocked, even disgusted at the taste of iced tea, though under normal circumstances you like iced tea as well. It was the shock of the unexpected. 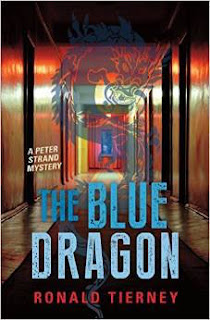 So I’d like to clarify my soon-to-be released novella, The Black Tortoise. For those who followed the more popular Shanahan series, the Peter Strand series is entirely different.  Shanahan is an older man,  former Army sergeant, who came to terms with life and with who he is a long time ago.  The stories are standard book-length and often quirky. They take the tough P.I. approach. The Shanahans are more likely to have violence and, by sheer length, accommodate a more complicated plot.  Peter Stand, introduced in The Blue Dragon, is a young Chinese American, dealing with personal identity as he attempts to solve much more conventional mysteries (almost cozies, puzzles to challenge the reader to find the murder before the book ends) in a quick-easy-to-read style. The Strand series is part of Orca Publishers “Rapid Reads” program designed for the reader who wants a quick read on the flight from Phoenix to New York. Or for a younger reader who identifies with a protagonist still coming to terms with himself and the world around him.

Now, in my world, I can enjoy American Psycho and “Midsomer Murders,” but I would hate to have to watch one when I was expecting the other. 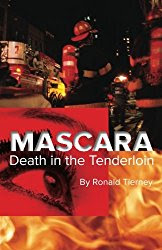 My first real brush with this phenomenon as a writer was when Good To the Last Kiss was released by London’s Severn House.  Compared to the Shanahans, this is a dark book indeed. People I knew and loved, not to mention most critics, didn't want to talk about it.   It hasn’t sold well. Yet I consider it to be my best. I suspect it never got to the readers who might have liked it because my previous books kept me off their radar. On the other hand, this is my problem. I’m not the only one who has to deal with this kind of thing. Writers are finding ways to keep from being completely pigeon-holed. Another book, also one of my favorites, is Mascara: Death In The Tenderloin, a transgender mystery. It was also too different.  Most publishers shy away from books by authors who venture too from the expected.  As have other stubborn writers, I published it myself.  I’ve not gotten rich, but I’m so happy I wrote what my soul was telling me to write because part of being a genuine writer is taking that risk. 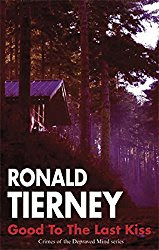 Please, read the Shanahans. Perhaps there is a reason why many consider these books the best of what I do (did).  But if you are adventurous, consider reading some of my non-Shanahan work as well.

The inspiration for this post was a negative review from a highly respected source.  The fact is every word in that review was correct, which is why I found it worth comment because it also pointed out the expectation game. While I am working on a new P.I. set in Palm Springs, and a little more in the Shanahan tradition, I’m also working on other mysteries that wander pretty far outside the box.

I finally found The Blue Dragon at the statewide Inter-library loan site. I haven't read the others so I come to this one with a clear mind.