Book Notes — Musicians And Prose: The Low Life, Years Before And After Today Before And 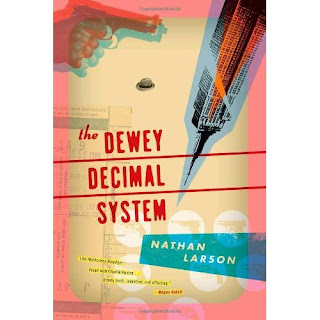 If you want something to read that’s uncommonly good, you might have to look to the smaller, independent publishers to get it. Also, if you stick with some of these publishers, you get the advantage of knowledgeable people separating the wheat from the chaff all the while getting the good stuff the bigger publishers, interested in trends, ignore. Two of these risk-taking publishers are Akashic Books, New York, and City Lights, San Francisco. The books featured here are: The Dewey Decimal System (Akashic Books), Nathan Larson’s first book, and Los Angeles Stories (City Lights), Ry Cooder’s first collection of short stories.

Larson’s book is a sustained wound. Set in the near future, a partially patched together man — brain and bone — works for an unscrupulous D.A. in a devastated New York City. The only true survivors of whatever happened to NYC are the criminals, the corrupt politicians and the rich — if that is not all redundant, anyway. Lots of violence, but the hero, if you could call him that, is a far cry from the Jack Reachers of the world. Dewey Decimal is vulnerable, often wrong, constantly confused and disoriented, as well as incredibly neurotic — though he is a survivor in a world most couldn’t and apparently don’t survive. Style and substance merge here. We share his perceptions not just through the observation of the narrating protagonist but also through the jumpy, fragmented style itself. The readers are not just observing a character who is often adrift but become adrift themselves. It is the state of character’s mind and that of his city we feel, even when seriously, we don’t want to. 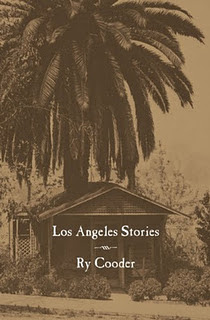 Instead of moving forward into an ugly future, Ry Cooder backs us into the ghost of Los Angeles past — back to the forties and fifties. Instead of the staccato, almost frantic style of Larson (not a complaint), the notes here are slightly longer, the images having taken time to relate, are clearer, oddly wistful. I say “oddly” because there is not much in the way of sentiment here either, unless forlorn is sentimental. In one story a motorman is let go after years of taking train number 606 out to the ocean and back. What we discover about the character is that he has a deeper and more meaningful relationship with his trolley than with any human, including his wife. The notion that this trolley can take us through Los Angeles’ old neighborhoods and give them life is a lot of what that story — and the collection — is about. What I found was a writing approach that is at once deeply historical (as in preservation of the way things were) without being academic. The stories are told through, in Hollywood terms, the extras. While the stories may focus on one or two characters, these folks are neither particularly heroic nor tragic. In fact, they are barely memorable (also not a complaint) in any conventional sense. They simply are, as is the city. What brings these characters together may very well be of a criminal nature, but the crime is rarely the central issue.

Neither book was likely to come out of the big publishing houses. So we can thank what we call independent or small presses like City Lights and Akashic for making sure we have access to unusual, high-quality fiction.

Posted by Ronald Tierney at 7:56 AM