On Writing, Part XII — Sins: Feeding the Ego and Other Unsavory Acts 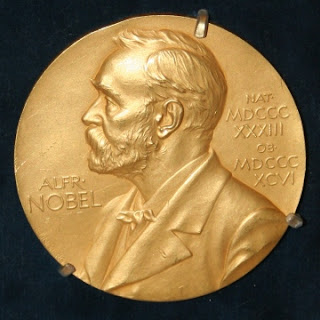 Before you write that first crime fiction novel consider a few things. What follows is the twelfth and final article in a series about what you might want to consider as you first put pen to paper or fingers on the keyboard.

Mea Culpa. There is no writing sin that I have not committed sometime before this, and should I live long enough, will no doubt commit all them again sometime in the future. If you write for a living, you will too. But that’s no excuse for not trying to eliminate them from your daily routine. As I mentioned in an earlier article, that beautiful but unnecessary paragraph on page 22 may have to go. So might that bit of poetry on page 211. There will be many blows to your ego.

Yet, one has to acknowledge that without a certain level of ego, it’s difficult to continue. When you check Amazon rankings to discover that your book is now 2,456,512th on the list of best-selling books, it might be hard to keep your spirits up. But up you must keep them (let’s hear it for a little sentence structure freedom).

And reviews? Frankly I believe one in twenty writers who say they don’t read reviews of their work. But if you do — and you will — use the reviewer as you would any critical reader. Read the review critically. Was the criticism specific? “The secondary characters lacked depth,” for example, is relatively specific. Maybe that’s something you should think about. “The book lacked excitement,” is personal but not very specific. Maybe the reviewer just doesn’t like the kind of books you write and doesn’t know how to separate personal preferences from the real question: did you successfully accomplish what you set out to do?

You might have said something in one of your books — or one of your characters might have said something — that really put off the reviewer. Reviewers are human and fallible just as we are. I was once criticized for one of my characters saying something unflattering about Jack Kerouac. On the other hand, I have felt that there were times when the reviewer had been charitable — that perhaps their familiarity with my characters moved their wavering thumbs slightly up rather than down. Just as you shouldn’t take glowing reviews as unequivocal proof of your literary genius, don’t let a few knocks keep you on the mat.

Because you are a mystery writer, does that mean you are only sort of a writer? I once attended a Private Eye Writers of America annual get-together. In the course of leaving the buffet area, plate in hand, I was invited to sit down with a couple of writers I knew of, more than I knew. They were both seriously credentialed, talented veterans of the genre. Though I suspect I was actually older, I felt a bit junior in their company.

At some point, one of them asked why I decided to write mysteries. Not particularly used to using words without a keyboard at the tip of my fingers, I responded by saying: “Because I couldn’t write….” Before I could find the next word, they were laughing. What I had implied, having gone momentarily adrift mentally, was that I believed it took no writing talent to create mysteries — that it is something we do because we cannot write “literary” fiction. Just so it isn’t left there, the rest of the explanation, probably unheard because of the laughter, was that my attempts to write other kinds of novels had been difficult because with so much freedom in the form I wandered about on all sorts of tangents (as I am now). Without some form of discipline I could write forever but complete nothing. I found that having some rules helped me write. My initial foray into mysteries was to submit to the St. Martin’s Best First Novel Competition. This gave me some rules. So many words, completed by such and such a date — specific goals. Also, inherent in mysteries, there are expectations, such as creating and solving a puzzle, which is what most novelists do, “literary” or otherwise, but one that required doing it in a less abstract fashion.

However, despite my long tangent, the point is relatively simple — there is no such thing as a literary novel as a separate art form from the mystery novel or science fiction. There are books that seem to transcend what preceded them, that take us to new places, show us new things, allow us to think in new ways. Some are so good they will be read for the next thousand years. Most not. They might even involve a murder or two.

Odds are that you and I are not going to create that kind of classic. But it doesn’t mean we are not writers and that we cannot aspire to that goal. And it means that if we truly want to write, while we will keep our minds open, we can learn from, but will not be held hostage by, all the noise that surrounds us.

Posted by Ronald Tierney at 8:39 AM