Opinion — The Art of the Insult & the Demise of Literary Feuds 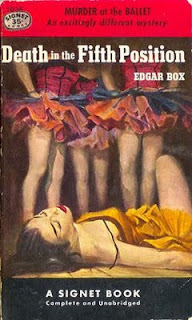 It doesn’t seem so long ago when we were entertained with the antics of literary lions. There was Hemingway and Fitzgerald and Gertrude Stein, all hanging out in Paris. That was followed by witty insults zinging back and forth among the next crop of well-known writers — Truman Capote, Gore Vidal and Norman Mailer. Time passes, however. If there are literary lions, they remain in the shadows as the media focuses on the wit and wisdom of Sarah Palin and Donald Trump. Vidal, the last of the living titans, has had to be content with just tossing his feisty and smart criticism at ghosts.

(A brief aside: Vidal has not only outlived his literary enemies, he has also lived long enough to see his stint as a mystery series writer re-Boxed so to speak. His three mystery novels — Death Before Bedtime, Death Likes It Hot and Death in the Fifth Position were recently redesigned and republished by Vintage/Black Lizard in a boxed set under Vidal’s mystery-genre pen name, Edgar Box.)

However, even Vidal wouldn’t have picked this fight: V. S. Naipaul, apparently having just made up with literary foe Paul Theroux, decided he wasn’t going to be so petty as to single out an individual author for his scorn. Instead he picked half the world’s population to insult. That would be women, women writers in particular and apparently all of them, dismissed as “sentimental” with a “narrow view of the world” and his “inferiors.” The New York Times mentioned it in passing; but it isn’t worthy of any national coverage. Such a comment by a Nobel Prize winner just doesn’t have the gravity of Mr. Weiner’s tweet.

Posted by Ronald Tierney at 8:29 AM