This is different.  It is so quiet. The transition from San Francisco to Palm Springs was rough for personal reasons having to do with logistics and bureaucracy. After some of the smoke and boxes have cleared, it’s time to adjust to the surroundings.

Instead of a bunch of three and four story Victorian homes climbing up a hillside, we have low single, mid last century story homes many of them with front yards landscaped with rock and cactus.  All level ground, mind you, except for huge, sharp-edged mountains that change color depending on the time of day. There are palm trees, as the town’s name implies, everywhere, but no coconuts. Figs, I’m told.


Just a few feet away from the back door are trees with lemons the size of grapefruit and grapefruit nearly the size of watermelons. In the three weeks or so we’ve been here, the sky during the day has remained clear blue. The sunrises are worth the price you pay getting up early. Yet night falls with a noticeable suddenness and depth. 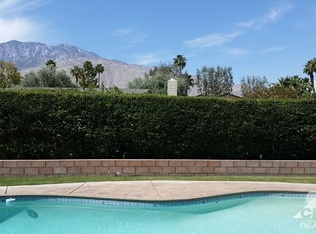 As I write this, we are technically in winter, which means the daytime temperature is in the 80s. We are told that in the summer 115 is not unusual and that natives or at least the acclimated do outside things — walking the dog early in the morning or late at night — as examples. Though it is a dry heat we are advised to maintain constant hydration. And a swimming pool is not regarded as a luxury. Expatriate San Franciscans will marvel at the lack of fog and Chinese restaurants, the abundance of available parking, the sparkling cleanliness, and the sound of silence.

Expatriate Indianapolitans would be shocked that the only snow is several thousand feet up and that gravel lawns are not only common, but dominate the town’s neighborhoods. People here don’t wash their cars.  They dust them. The demographics skew old, and politicians would be foolish to ignore the gay population.

Instead of streets named after presidents, we have main thoroughfares named after Bob Hope, Gene Autry, Frank Sinatra and Dinah Shore. I’m told that people identify their part of town by the closest country club.

I had no idea I’d end up here. I don’t play golf.  Nonetheless, here I am.  I am eager to begin writing again. Should I add a Palm Springs PI to my list of protagonists, which includes Deets Shanahan in Indianapolis as well as Carly Paladino, Noah Lang and Peter Strand in San Francisco?
Posted by Ronald Tierney at 12:39 PM No comments: