News — Mystery Fans Should Plan A Trip To Indianapolis This Fall


It might seem a bit hypocritical for me to recommend an event that I’m not planning to attend.  As an expatriate Indianapolitan, believe me, I would if I could.  I’ve been in a nostalgic mood lately and I’m also thinking about another book in my Indianapolis-based Shanahan series. Checking out the city’s continued metamorphosis would be helpful to the work.   But there are other reasons to go to Indianapolis.  This October the city hosts a gem of a mystery conference.

Whether you are an established author, want to be one, or merely have a passion for the genre, you’ll not only have a chance to participate in great panel discussions, but also talk face-to-face with best-selling, award-winning authors who’ve written some of your favorite books.  Among those who have already signed up:

Hank Phillippi Ryan — A Hoosier by birth and currently a Bostonian, Ryan is stealing the spotlight these days.  Her latest book, The Other Woman has been nominated for “best novel” by just about any group giving out awards, including the MWA, the Private Eye Writers of America (PWA) and Mystery Readers International.

Terence Faherty — Faherty was born in New Jersey, but calls himself a “naturalized” Hoosier. An Edgar nominee and winner of two Shamus awards and a Macavity, he is the author of two highly regarded mystery series and several prize-winning short stories.  Eastward of Eden, a new book in the Owen Keane series, has a September release date.

William Kent Krueger — No stranger to the best seller lists, Minnesotan Krueger won back-to-back Anthony Awards for Blood Hollow and Mercy Falls. The 13th in his Cork O’Connor mystery series, Tamarack County, will be released in August.  His latest, the standalone novel, Ordinary Grace is on the shelves now.

Jeremiah Healy  — Premier private eye writer Healy is the author of two mystery series, both set in Boston.  He has the distinction of not only winning PWA’s Shamus Award for best P.I. Novel, but also having been nominated for the honor an unprecedented 15 times.  Many of these classics were recently reissued.

John Gilstrap  — The best selling author’s first book, Nathan’s Run, was optioned by Hollywood as has a second book.  For those interested in books and movies, Gilstrap is a screenwriter as well. Meanwhile the books keep coming.  High Treason will be available next month.

Steve Hamilton — Hamilton writes the Alex McKnight series set in Michigan. His A Cold Day in Paradise picked up both an Edgar and Shamus for Best First Novel.  His novel, The Lock Artist, was also awarded the Edgar and the Barry, this time for Best Novel in 2010.  He lives in Upstate New York. His latest, Let It Burn, has just been released.

Posted by Ronald Tierney at 4:11 PM No comments:

A few weeks ago, I asked Life, Death and Fog readers to send me their five favorite Hitchcock movies.  Because the blog is for folks interested crime-fiction books and films, I thought the list might show which of his 50 films still speak to us in 2013.

Email ThisBlogThis!Share to TwitterShare to FacebookShare to Pinterest
Labels: Movie reviews, North By Northwest, Psycho, Rear Window, Shadow of a Doubt, Strangers on a Train, The Birds, The Man Who Knew Too Much, To Catch a Thief, Top Ten Hitchcock Films Dial M for Murder, Vertigo

Last Call— For The Fun Of It 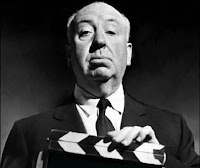 One of the most contested issues in the broader film community is which of Alfred Hitchcock more than films are among his best. Bloggers and critics argue. While there are certainly more important issues to settle these days, please take a few moments to help create the Life, Death& Fog List.  If you need a complete list of his films, you can find it here.

What I’d like my film-lover friends and their friends to do — if you haven’t already — is provide me with the names of the five best  (or just your favorite) Hitchcock films in no particular order, no repeats. Just five. No more. No less.

The top ten nominees will appear in the poll.   Thanks go out to the many who have already responded.

Put your five in the comment section or send your list of five to Ron@ronaldtierney.com.  I promise not to use or sell your address to anyone.


Posted by Ronald Tierney at 8:06 AM No comments:

Book Notes — The Servant, On Paper And On The Screen


The Maughams knew something about servants.  Certainly, Somerset’s nephew 2nd Viscount “Robin” Maugham must have.  He travelled in all the “right” circles, including those of his more famous uncle.

While he wrote several novels— four of which were translated to film — one of them gained particular acclaim as both a novella (really a short story bound as a hard back) and as a film, adapted by Harold Pinter, featuring Dirk Bogarde, Sarah Miles and James Fox. The Servant was published in 1958 and the film released in 1963.

Many consider the story an indictment of the British class system — and it is.  For me, it is both macro and micro views of power and domination.  Even though no one dies and there is no real crime in a legal sense, killing someone else’s soul might be a pretty horrendous act of cruelty, just as keeping servants in their place is an act of social injustice and abuse.  Thus, a symbolic victory by a servant who turns the tables on his master might have us rooting for how deftly the tables have been turned.  A small step for humankind.

But this seeming fluff of a story has a bit more bite than one might expect.  Going back to the power and domination theme, which befits a plot about a rebellion against an institutionalized class or caste system, the story nevertheless remains powerful without the social context.  It can be simply personal.  In the course of any relationship, for example, the person who seems to be the one running the show may not be.  Or, over time, through premeditation or natural selection, the weaker one in the beginning may preside in the end. (Certainly, there might be some nasty business in the interim.) I think this is the question the story asks.  Who deserves our sympathy?  The poor human who, through accident of birth, is given the short end of the socio-economic stick? Or the easily conned human, who while consciously meaning no harm, seems blissfully unaware that his upstairs status as a human being was also a result of a sperm lottery and unearned in any sense of the word? If he is also unaware that he and others like him have been exploiting a large chunk of the population upstairs and downstairs and all around the colonies, does that mean he deserves to be singled out and destroyed? Does the punishment fit the crime if criminal doesn’t know what crime he has committed?

I think The Servant makes the moral to be drawn, if you choose to draw one, a much more complex calculation.

Robin Maugham was the author of more than 30 books, many of them crime fiction.  He was among the first of the popular writers to include gay themes and characters, which may have contributed to his early literary decline, whereas his far more successful, closeted gay uncle chose to avoid the subject altogether.

Posted by Ronald Tierney at 8:34 AM No comments: