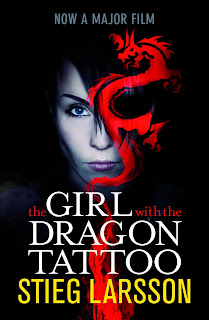 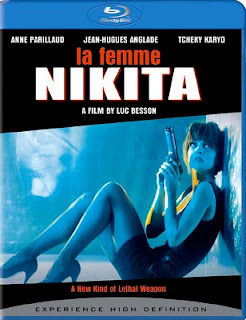 There’s no doubt that the appearance of tough heroines in crime films shouldn’t be as rare as it is. This, however, appears to be changing. Not only are there more women crime writers than before, more of them are hitting the top of the best-seller lists. And a recent poll shows that more women than men read crime fiction. Still, the female main character, while often cleverer than her opponents — and tough mentally — is rarely tougher in a physical sense. As a panelist on the subject during mystery conference, I learned that female crime fiction readers are divided, sometimes passionately, about how tough women detectives should be.

Enter La Femme Nikita (1990), one of the first films to suggest that a woman could be as tough as Stallone. Anne Paurillaud plays a woman who is a remorseless, and some might say soulless, human. Her seemingly innate ability to maim and kill is finely tuned by the government so that she might act as their hired, and likely disposable, assassin. Luc Besson directed this French movie that was tres avant garde two decades ago.

The film stands up today, though no longer novel. Instead, we have Sweden’s Stieg Larsson’s The Girl Who… series of three books and three movies that take us —in many ways — back to Nikita. There are many similarities in the main characters and in the films. Lots of action, lots of intrigue and main characters who are more than capable of icing someone. The major difference is that Larsson’s Lisbeth Salander, played by Noomi Repace, is not a cold-blooded killer. A vengeful killer, yes. However, we understand Salander’s motivation and develop a deep empathy for the character. And in that sense these newer films are far more romantic than the cooler, more detached Nikita. We are more likely to observe the awesome Nikita, but root for Lisbeth, who is trying to get some justice.

As I said, times are changing. Hollywood is making its own versions of the Larsson trilogy — at least the first one. Also, American television is revisiting and no doubt revising the BBC classic Prime Suspect. If the previews for the fall premiere are any indication, the brainy character played by Helen Mirren will be replaced by a far more punch ‘em out (kickass) character, played by a talented Maria Bello.

But back to the double feature. Pick Nikita and any one or more of the Larsson films. Since we’re doing French and Swedish — Pernod for the first and vodka for the second. If you want something less common than vodka, check out Wikipedia for some very specialized Swedish liquor.