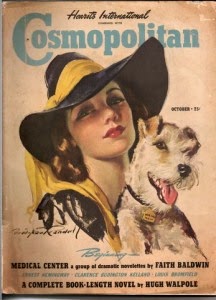 World War II began.  The long, lost Judge Crater was declared dead, though no one seemed too sure about it. Unemployment was at 17.2 percent. The U.S. Supreme Court outlawed “sit down” strikes. Eleanor Roosevelt resigned from the Daughters of the American Revolution when they refused to allow opera great Marian Anderson (a Black woman) to perform at Constitutional Hall in Washington, D.C.  France banned the guillotine. DDT was developed. Albert Einstein advised Franklin Roosevelt regarding the possibilities of an atomic bomb. Pope Pius XII congratulated Generalissimo Francisco Franco on his victory in Spain. King Faisal II took over in Iraq. Mahatma Gandhi began fasting in India as a form of peaceful protest against the British.  The Massachusetts legislature finally ratified the U. S.  Bill of Rights.  Also tardy, Connecticut followed suit a short time later. The New York World’s Fair welcomed visitors. Wilbur Shaw won the Indianapolis 500. The Baseball Hall of Frame opened.  Lou Gehrig retired, announced his illness. He suffered a disease that would later bear his name. Batman was introduced.  Superman first appeared in the newspapers. Frank Sinatra cut his first record.  In music, most of the Top Ten spots were held by Glenn Miller and his Orchestra, including “Over the Rainbow.”  Larry Clinton’s “Deep Purple” and “Beer Barrel Polka” by Will Giahé were exceptions.  The Academy Award for the previous year’s best movie went to You Can’t Take It With You.  Both Gone With The Wind and The Wizard of Oz premiered this year. It was a great year for soon-to-be film classics.  Others were Dark Victory, Wuthering Heights, and Goodbye Mr. Chips.  The Pulitzer Prize for Literature went to Marjorie Kinnan Rawlings for The Yearling. Other books that appeared that year: The Grapes of Wrath by John Steinbeck, All This And Heaven Too by Rachel Field, Rebecca by Daphne du Maurier, Wickford Point by John P. Marquand, Escape by Ethel Vance and Disputed Passage by Lloyd C. Douglas.  Some major figures passed away in 1939.  Among them were William Butler Yeats, Sigmund Freud, Zane Grey, S. S. Van Dine and Ford Madox Ford.  Among those born were Tina Turner, Ian McKellen, Seamus Heaney, Ralph Lauren, Marvin Gaye, John Cleese, Harvey Keitel, Phil Spector, and Lily Tomlin. If you were around, what were you doing during this year of the earth rabbit?

Posted by Ronald Tierney at 8:54 AM

Email ThisBlogThis!Share to TwitterShare to FacebookShare to Pinterest
Labels: 1939, Observations

At last, a year I don't remember. However, since I was born not long afterward, I do remember a lot of the music, and I've seen a lot of the movies. One of my best friends in high school had a 1940 Chevy, which looked a lot like the one for '39.

What an extraordinary year that was...in film and books, certainly. I predict 2015 will be like that--due in no small way to the publication of your "Killing Frost."