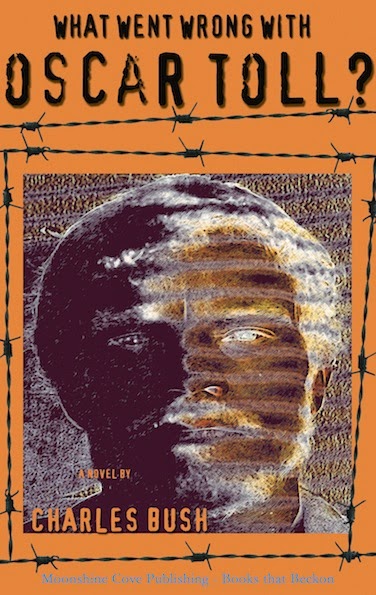 Something certainly went wrong with Oscar, but not with the novel by first-time novelist Charles Bush.  For main character, attorney Eric Lawson, the case is routine.  Death penalty appeals are what he does — one after another.  He is dutiful and competent, but passion for his work seems to be flat lining. Life at home with his bored wife, Pilar, doesn’t appear to be faring much better. Lawson’s new client is not only mentally challenged, but is also indifferent about his future, which is — without his help — nonexistent.

There is a clock ticking. Oscar’s date with the gas chamber has been set. Fortunately, the author doesn’t use it as a device to bludgeon the reader on to the next page.  He lets the story unfold naturally. Seemingly content with examining and re-examining the thousands of pages of the investigation, prosecutor and defense notes, the trial, the previous appeal and all myriad reports and interviews, Lawson discovers something that propels him from the safe, bureaucratic approach to the case and to his life.

One of the many strengths of this tale is that San Francisco resident Charles Bush knows whereof he speaks. He was an attorney involved in criminal law — especially death penalty appeals —and civil rights.  Other crime writers, who want to understand how the appeals process works, might find What Went Wrong With Oscar Toll a valuable reference.  Reference or not, I suspect we’ll be hearing more from its author.  I look forward to the next one.

Posted by Ronald Tierney at 1:57 PM