Observations —Are Bisexuals As Rare As Unicorns?


Times are changing. Seventeen states have made same-sex marriage legal. A–list actors take on gay or lesbian roles as they might any other. Sport figures are beginning to out themselves, understanding how this will help teens deal with prejudice in the locker room. Straights in all professions are showing their support for the LGBT community as that community seeks acceptance for its members.

Unfortunately, though, not all members of that community support each other. When Olympic diver Tom Daley came out publicly, some felt it wasn’t a cause for celebration because he said that he still found girls attractive.  Oops.  Oops. Could it be that this handsome, young athlete was… dare I say it?… a bisexual?

I’ve been around a few years — most of it as a gay man. Sadly I have observed that the BT part of LGBT have been given short shrift by the L&G parts. Even some of the pioneers in the fight for gay and lesbian rights — author and blogger Andrew Sullivan and sex advice columnist Dan Savage come to mind — seem to buy into the notion that people must be one or the other, and that those claiming to like both boys and girls are trying to hide something from the world or themselves or both. Similarly, for many, it seems transgender people who do not opt for sexual reassignment surgery should “simply make up their minds.’” 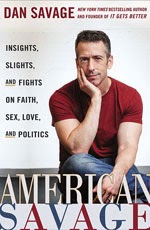 At times, it must appear to bisexuals that they are without a country. And for those dealing with transgender issues, it must appear that the rest of the world does its best to ignore the meaning of sexual orientation and gender identity and the rights of  individuals to live their lives as they see fit. The either-or LGBT people do no good. Giving credence to these prejudices is doubly bad because they are easily turned back on all of us.

Seems to be the bi agenda is both completely egalitarian (noble) and totally selfish (not so noble). I mean, nature assigned us the majority of us in one direction or the other. Our bi friends, however, are competing for both the gals and the guys the rest of us wish to appeal to. I know it's not possible, but c'mon, pick a side! LOL

I suspect those coming into their sexuality now are looking at it very differently. Without taboos, the young are not claiming sides but wait to see who they are attracted to on an individual basis before disqualifying or qualifying based on gender.