On Writing — Anatomy Of A Murder Mystery


We go back to our favorite mystery writers because they are predictable in the same way we go to good friends.  We know what to expect from each.  They are reliable. We know what to expect from Miss Marple and from Bosch, Spenser, and Robicheaux.  We settle in and quickly call up how we see them and the regulars who appear with them. It’s comfortable.  But it’s not only the main characters who provide reliability.  It’s the mood the writer creates, and it is, and perhaps we readers are less likely to see it, how the story is constructed – its architecture. If I were crass, I’d call it formula. That may be harsh. Maybe it’s a mood surrounding the meat of the story.

In some cases, the bloodletting takes place off stage and in some series, it’s in your face.  In some cases the main character’s backstory is essential (the number of divorced ex-alcoholic protagonists is remarkable).  And the reader not only follows the crime solving, but also the battle the protagonist has with his or her past. Still, some of our favorites have very thin backstories. “Bond, James Bond.”

I’d add, in terms of architecture, not all mysteries are mysteries.  The stories of Colombo aren’t mysteries in the purest sense (my sense, anyway). We follow the dowdy detective as he goes up against a brilliant antagonist. We are happy to watch him solve the case, wiping the smirk off the perpetrator’s face, but we know from the first who did it.  Jack Reacher’s crime solving isn’t his dominant feature. More likely we observe and endorse as he gives villains their violent due.  It’s a high-five kind of moment. Miss Marple, on the other hand, is a character in genuine, perhaps I should say “traditional” mysteries. She solves crimes and as the story unfolds, the reader is allowed to match wits, follow the clues and attempt to beat the legendary snoop to the endgame.

Whatever our favorite writers give us, we want more. Though it does happen (Marple and Poirot) it’s not that often a popular series writer will have two equally popular series, or for that matter be extremely successful with standalone crime fiction. To me, that’s not a measure of talent, but a statement of the needs of the reading audience.  It’s a marketing issue.  But it is real. 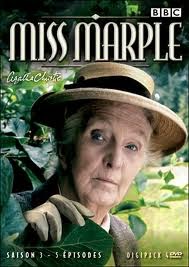 A personal note: I used to have a particular fan who would email me after completing a book of mine to give me her thoughts about it. I enjoyed her comments.  At the end of the email, she would name the book that was next on her list. She had gone through a number of, though not all, the Shanahan books when she said that Eclipse of the Heart was next. Eclipse was a standalone mystery book of mine that was quite a bit different from the Shanahans. I never heard from her again.

I rededicated myself to the Shanahan series.  The character was far from a household word, but he and Maureen had a decent following. I look at it as a kind of blue-collar Nick and Nora Charles. Some humor, some strange characters set against an Indianapolis backdrop. Not hardboiled and maybe a bit less fluffy than Hammett’s fun crime couple, my stories could get dark, but never ended by destroying all hope.  The sun would likely come up the next day.  And readers liked Maureen as much or more than Shanahan. I’ve always enjoyed those books

I can’t speak for all writers or any other writer for that matter, but there is something especially exciting about starting a story with a clean slate.  New characters, new setting, new architecture. Even though Eclipse didn’t leap to The New York Times Best sellers list, I thoroughly enjoyed writing it. It was a working vacation. I don’t believe St. Martin’s Press made a bundle on this series departure. I don’t think they took a bath either.

A few years back, I decided to take another break from the Shanahans. I wrote two books, both very different. I was unable to place the one I thought was the most accessible and was, I was sure, the “big” book, my agent at the time begged for. The second departure was very different.  Very dark.

Instead of a private eye as a central figure, it is a police procedural about a serial killer. We meet the serial killer early on. We witness the pursuit.  But just when we think it isn’t a traditional mystery because we’ve met the serial killer, we discover something is amiss.  It is a mystery after all.  And, unlike my other novels the end is not a full reprieve for anyone. We wonder, perhaps, if justice can ever be done.  This is a  “no, no” for some crime fiction readers. Psychologically, the sun might not come up tomorrow.

Of the 11 Shanahans and six other mysteries published so far, Good To The Last Kiss is an outlier. I spent months researching serial killers. I read books about the psychology of those who commit those kind of crimes and I listened to confession tapes made by those who did the crimes.  I also interviewed San Francisco homicide inspectors.  I worked on it with a passion. The truth is I became obsessed and depressed. When the first draft was completed, people who act as my early sounding boards were uncharacteristically silent about how they felt about it. They seemed shocked.

My first submission of Kiss met with a long, angry rejection from an editor I had successfully worked with in the past. The objections (San Francisco was an “overused setting” and “serial killers were passé”) didn’t hold water. If those were the real reasons, there wouldn’t have been such anger. There would have been that familiar phrase that many of us have heard too often: “I’m sorry, your manuscript, though well-written, is not right for us at this time.”  When the book was finally published, it was as if it fell into a hole.  There were no reviews. No mentions anywhere.  As they say, “no buzz.”  No sound. A stone in a pond would have at least a ripple or two.  In this case, there wasn’t even a plop.

Perhaps, referring to the notion that a series book is like visiting an old friend, and that readers who expected a familiar Shanahan in this case, climbed in bed and snuggled up to a stranger, perhaps a scary stranger.

There was a small but meaningful relief from the silence surrounding the book I worked the hardest to write and felt the most passionate about.   Someone felt it was worthwhile.

Review: Good To The Last Kiss
Tierney serves up a dark, twisty little gem in which a pair of embittered detectives and a not-quite-dead victim combine irresistibly…. Every year the genre has its Goliaths, bigger and better ballyhooed than this modest entry. Come Edgar time, however, Tierney's well-written, tidily plotted, character-driven David of a book deserves to be remembered. — Kirkus Reviews, August 1, 2011

Remembered?  Probably not. The end did not promise the next day’s sunrise.  The bow was left untied. From a marketing point of view I understand that I failed to live up to expectations, not necessarily of crime fiction in general, but for those expecting the dogged, curmudgeonly detective, Deets Shanahan. However I do not regret writing it. I wanted to write a book from a different point of view. Sometimes you write the book that you need to write. But if you do, be prepared to accept the consequences.

This year is bittersweet.  The last Shanahan novel will be released on May 1. Renewed passion went into Killing Frost as well, perhaps because it is the last of a 25-year run.  In the fall, my version of a cozy (in novella form) will be released. Another outlier.

Posted by Ronald Tierney at 8:40 AM