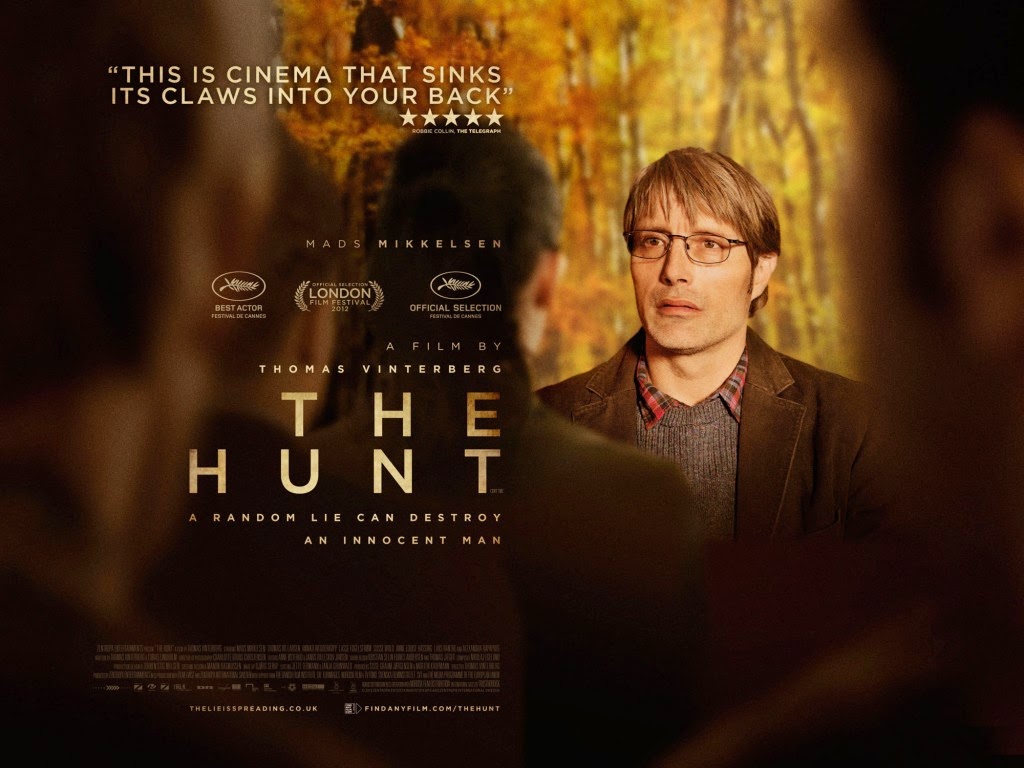 I put these two on the list because I had been ignoring foreign films and these crime garnered several awards. I put off watching them because they were about pedophilia.  I’ll admit I usually avoid movies with a lot of on-screen violence and especially those involving children or dogs.  A wimp, I know.  I also know it’s called fiction and what the characters do is called acting.  Even so, I had a moment early in each film when my finger hovered over the “stop” button. In these two, on-screen violence is at a minimum, though the effect is nonetheless powerfully and sadly moving.

The Hunt — There must be something in the Scandanavian air that keeps its storytellers from rushing things.  This Danish film takes its time, slowly revealing character before getting to the heart of the matter.  Patience is rewarded with nuanced performances examining a sensitive subject. Has a young girl been molested?   And what does the mere suspicion of this emotionally charged crime do to the suspect? The Hunt, directed by Thomas Vinterberg and starring Mads Mikkelsen was released in 2012 and went on to gather a number of international awards.

The Silence — In this German film, the question isn’t whether a crime has been committed, but if the perpetrators can be caught. The Silence, in a way, is the flip side of The Hunt. Because the film begins with the crime and the two men who committed it, it is not a spoiler to reveal that one is a hardened pedophile and the other is confused by his own feelings and even more perplexed by the actions of his violent friend. One is reminded throughout the film of the toll such crimes take on everyone involved, from family and friends to the police.  The Silence was released in 2010 and also won several international awards.  It was based on the novel, Das Schweigen by Jan Costin Wagner.  Directed by Baron bo Odar, the film features a strong cast.

If you approach film only as an escape from the drudgery or the horror of our lives and the visions brought to us by the six o’clock news, you may wish to pass on these. There are billion dollar blockbusters out there that will take you to galaxies far away. If you wish to try to understand the nature of our little species, these two may prove worthwhile.  For an evening accompaniment, the Danes might suggest you try Akavit, distilled from potatoes, to help you through The Hunt.  For those who avoid alcohol, how about egg coffee? Beer of course will work with both the Danish and German films.

Posted by Ronald Tierney at 8:40 AM