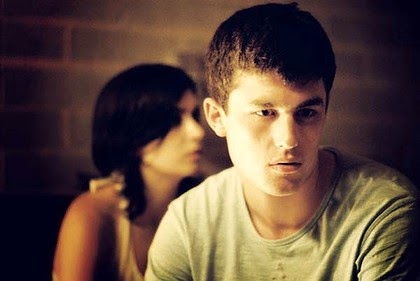 Other than murder Animal Kingdom and Strangers by the Lake seem to have little in common. Yet, in both we witness the lack of even a thin line to separate we humans from the coldest killers of the animal kingdom. Cinematically, there is a kinship as well. It is how this chilling reality is portrayed. While the camera lacks sympathy, it is richly intimate.  It is as if the viewer is there, unseen to be sure, an invisible peeping Tom, witnessing the events, knowing what’s going to happen next yet unable to do anything about it. We are so close, so powerless. And it may be this frustration that keeps us from achieving any emotional satisfaction when the films end.

In Animal Kingdom, Joshua, 17, played by James Frecheville, had been living with his heroin-addicted mom. He comes home one day to find her dead.  An overdose. It is an awkward time for her to die.  He’s not ready emotionally or financially to strike out on his own.  He turns to his mother’s understandably estranged family.  Should be better, shouldn’t it?  His grandmother (Jacki Weaver) invites him in — frying pan to fire — and he is unfortunately accepted by the pack of criminal relatives.  It’s clear that his upbringing or lack of it didn’t prepare him to question whatever the world dealt him.  By the time he understands his situation it is much too late.  We would like to have warned him. Yet as I mentioned earlier, our powerlessness to do so is the point. Like our protagonist we were unable, in the end, to change things. Life set him up. The film was written and directed by David Michôd. It was well accepted critically. 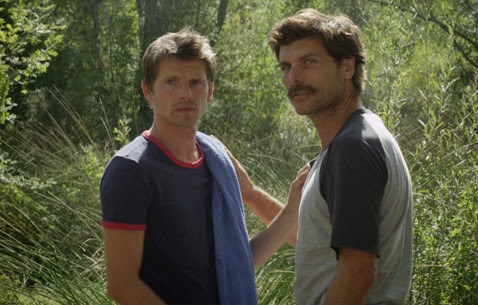 In Strangers By The Lake, we desperately want to save Franck (Pierre Deladonchamps) from himself. Though he is unaware of our presence, we are with him every second of the film.  We see what he sees. We can almost feel the heat on the rocky beach, the breeze, and the coolness of the water. Despite its slow, low-key tone or perhaps because of it what we experience seems natural, real. The acting, too, is invisible. And I suspect the very explicit sexual action among males might seem too real for many. That too is intended.  Similarly, once we understand what’s going on, how serious it really is, we want to change the direction of the film.  We want to warn the protagonist. But the end seems libidinally destined. The film was written and directed by the award-winning Alain Guiraudie.

If you have family or friends who seem determined to ruin their own lives even though their choices should be recognized as horribly destructive even to them, these two films will strike painfully familiar emotional chords.  They are also crime film originals.

Both films received all the stars they could from Rotten Tomatoes. As an accompaniment in honor of the French influence on both films, I suggest Pernod.

Posted by Ronald Tierney at 8:03 AM