Book Launch – Promotion Part II: The Novella And Me – Recent Work In The Shorter Form 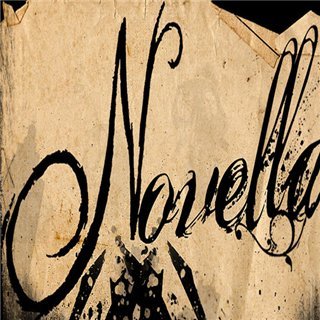 I’ve been working on mystery novellas for a while now.  The Blue Dragon has just been released and there are plans for the sequel, The Black Tortoise, in 2017. The last two books in the Carly Paladino/Noah Lang series are also novellas — both easily read on a flight, say, from Boston to L.A.  Novellas are longer than short stories and shorter than novels

The Blue Dragon — Peter Strand is a Chinese American private eye who “follows the money.”  As a forensic accountant, he’s especially qualified to solve crimes.  In this short tale, Strand, who speaks not a word of Chinese, is sent to Chinatown to calm tenants of a small apartment house in San Francisco’s Chinatown, where his P.R. assignment turns into a murder investigation. But it appears that at least one one of the tenants is the problem. It’s up to Strand to find out which one.

Death In The Haight  — When Michael Vanderveer goes missing in San Francisco, Private Investigator Noah Lang assumes it’s just another runaway escaping to the Haight, San Francisco’s home to the displaced… until the homicide cops pays the P.I. a visit. Fifteen-year-old Michael has been implicated in the murder of a prostitute, and the police don’t want Lang’ search mucking up their investigation — especially Inspector Stern, who has strong opinions about Lang’s questionable past. But Lang becomes inextricably involved when he is hired by Michael’s parents: Their son is being ransomed, and they want Lang to ensure the exchange goes smoothly. As everyone waits for the kidnappers to make their next move, Lang struggles with the moral implications of rescuing Michael only to have to turn him in for murder. Then there is Stern, whose increasingly volatile behavior may just put Lang’s life in as grave danger as Michael’s. The Guilt Edge Mystery from Dutton is available in e-book form for $2.99.

Mascara, Death in the Tenderloin — From the very beginning, things just aren’t what they seem. On a late, lonely night, San Francisco private investigator Noah Lang’s eyes deceive him. He makes a mistake. But what should have been simply an embarrassing moment becomes a deadly walk on the wild side. Unfortunately for Lang, before this nightmare is over, he puts his life on the line a second time for a new client who may or may not have a missing husband, who might or might not live on a boat in Tiburon and who seems to have an odd way to settle the bill for services rendered. This novella, a lively, tougher precursor to the San Francisco series, is available as an e-book and in paperback.

These books were satisfying undertakings. I was especially pleased to find Rapid Reads from Orca. Because I admire the publisher’s mission to provide quality fiction and become a catalyst for new readership I was thrilled that my interest in this form of short fiction and the very direct way I write is a natural fit with this exciting and pioneering imprint.

If you find a story you want to read, find the book icon on the left column and click.