Confession — The Promised Land and Delusions of Grandeur 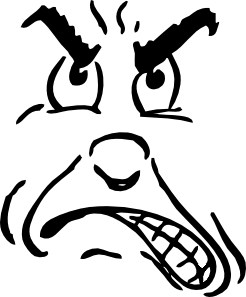 Once upon a time — several years ago — I received an email from someone I didn’t know. The writer told me that he went to the same gym as Paul Newman. He also told me that he overheard a discussion about the academy award winner playing my aging private-eye character, Deets Shanahan, in a movie.

I confess that I have, from time to time, imagined a book of mine on the silver screen, and even more foolishly imagined who I would cast in key roles should the filmmakers ask for my suggestions. Paul Newman was absolutely number one for Shanahan and Susan Sarandon would have been my choice for Shanahan’s girlfriend, Maureen. I had also thought about Clint Eastwood and more recently about Scott Glenn, but Newman was the gold standard then.

Time passed. Email replies bounced. I’d lost track of my volunteer spy. Slowly I forgot about the whole thing. It was simply an idle piece of gossip, a hoax or an aborted con. Quite likely, there wasn’t one iota of truth to anything in that email. Several months later, I read in snippet of news that Paul Newman was going to play an aging private eye in a movie. Suddenly a heavy stone occupied the pit of my stomach. No one had contacted me. What was happening? Were they stealing my character, perhaps even one of my plots? Worse, they had also cast Susan Sarandon in the same film. No surprise. You know, great minds and all.

Months went by. I could find nothing more about the movie. While I went on with my life, unpleasant thoughts about how I had been cheated popped into my head when I least expected them. Finally, the movie that had tormented me, Twilight, was released. I was at the cinema for the first showing. I sat in the middle of the movie theater, stewing, ready to have my fears justified, my anger stoked, and ready to pounce on those thieving X@&# in Hollywood.

Of course, the plot was not even close to anything I had ever written and the private eye — other than age — was nothing at all like Shanahan. Certainly I had no patent on aging private eyes in crime fiction. There were a few already around when I came on the scene. When the movie was over, I was tremendously relieved and happy. Even better — Twilight was one of the best PI films ever. I’ve watched it many times since. I wish I had written it.

Sadly, this means I will have to come to terms with the idea I will not likely see any of my characters on the wide screen unless … maybe… Mr. Glenn reads this. Scott?

Posted by Ronald Tierney at 8:21 AM

Email ThisBlogThis!Share to TwitterShare to FacebookShare to Pinterest
Labels: Opinion