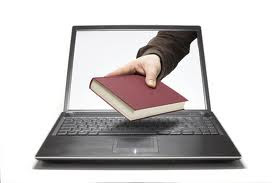 One extremely unpleasant byproduct of the digital revolution is that it challenges our loyalties — as readers, writers and bookstore owners.

Just in San Francisco in the last couple of years, we’ve witnessed the demise of three Borders stores, and a Barnes & Noble. Chains, no big deal you say. But we also lost Stacey’s, a large and wonderful independent bookstore near the financial district. Cody’s, the great bookstore from the East Bay, set up a beautiful downtown store and then promptly dismantled it. Virgin Records, before packing it all up, downsized its book department. In Noe Valley, one of the longest-lived mystery bookstores in the country closed its doors, as did the LGBT bookstore in the Castro and a travel bookstore on Market Street. Other, smaller new and used bookstores have closed as well. While most neighborhoods have at least one independent store to call their own (I’m compiling a list now), the threat of extinction makes us all want to do what we can for the survival of the species.

As writers, we are supported by bookstores, large and small, and by libraries. However, we are increasingly supported by the online sales of our books as well as the overwhelming phenomenon of e-books. In some cases e-books are the only way we can get our backlist back in the marketplace. So it is with a painfully divided loyalty that we must come to terms with the reality that more and more people want to download their books, rather than pluck them from the shelves. What are we to do about our neighborhood bookstores and the knowledgeable and devoted staff who run them? And what are they to do about us?

Generally speaking, as bookstores struggle, we watch less and less room given to books and more given to the sales of coffee cups, greeting cards and other doodads. The bestsellers are understandably prominent. They are the booksellers’ bread and butter. For years now, with some notable exceptions, the backlist at bookstores is remarkably shallow — again, no doubt for economic reasons. There is much more product than space. The rent goes up and every square foot of space needs to be a moneymaker. So even the independent, neighborhood bookstore has trouble justifying an area for backlists or for local authors. And why should they? Just how loyal are writers, even local ones, if their books are carried on and downloadable from Amazon.com and other online bookstores?

The truth is, in my mind, most writers and most bookstores do what they believe they have to to survive. But it seems there ought to be more we can do to support each other. On Wednesday, I’ll post an article on what appears to be the very successful Booksmith bookstore in the Haight. This will be the fourth in a series of articles about independent San Francisco bookstores. Meanwhile, I’d love to have any thoughts or suggestions you might have about keeping both independent writers and independent bookstores alive.