Film Pairing — Only The Shadows Know 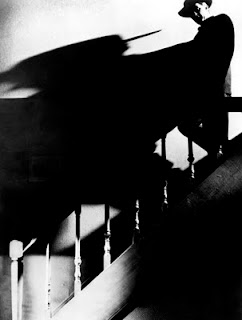 In Night of the Hunter, Robert Mitchum arrives to court Shelley Winters, mother of two. He wants her to believe he is a righteous, religious man, when in fact nothing could be further from the truth. The film, though almost worshipped now, was a failure at the box office, perhaps because it was unlike any film anyone had ever seen. It was a collaboration with renowned writer James Agee and the only film that actor Charles Laughton directed.

Night of the Hunter was story based on David Grubb’s novel of the same name. While there are still those who are critical of the melodramatic nature of the screenplay, its high rank on lists by film scholars is largely because of its ground-breaking, expressionistic cinematography. Deep, dark, angular shadows set the mood. Every moment of the film seems to suggest some deep, dark horror is only a few frames away.

With Sin City, if you want mood, if you want dark and harsh and brutal images, one after another, you’ll get it here as well; but it will be through advances in filmmaking technology. Nothing wrong with using the tools we have. And here they are used well. This is Frank Miller’s movie. It is based on his fine graphic novel, also of the same name. He directed with help from Robert Rodriguez and Quentin Tarantino. Like Night of the Hunter, Sin City is shadowy black and white; but with strategic touches of bold color. Where Hunter is more fluid visually, Sin City has more sharp edges. Bruce Willis, Mickey Rourke, Clive Own, Jessica Alba, Benicia Del Toro, Rutger Hauer and Josh Hartnett are among the talented stars rendered in graphic fashion. Sin City has its critics as well. For some, the characters didn’t seem quite human.

There is some truth, I think, in the criticism of both films —created half a century apart. However the truth in both these cases is what makes them the significant contributions to film history that they are. I don’t think either director set out to make a conventional film. And they didn't. That’s one of a number of reasons to see them.

How about Jack Daniels on the rocks for the double feature? Something rugged from Tennessee seems appropriate.

Posted by Ronald Tierney at 8:45 AM