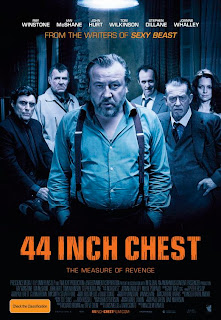 Sometimes its fun to pair crime movies by the type of crime it is. In this case we have a whole lot of kidnapping going on. It’s also fun to have two movies that are wonderfully “off.” By “off” I mean these are not films that satisfy conventional cravings: Good guys win; bad guys lose, for example. I’m not even sure that either of these films offers any other sort of moral. I’m not so sure audiences walk out with any sense that justice was done — or even could have been done. For me, they are more like situations in real life — sometimes it’s just absurd.


The Way of the Gun, (2000) directed by Christopher McQuarrie, who directed The Usual Suspects, gives us two reprehensible people who kidnap a pregnant woman. She, for a sum of money, is carrying the child of someone who is equally or even more reprehensible than the kidnappers. No good can come of this, one thinks. One would be right. The critics at the time of the movie’s release were not favorably impressed; but I suggest that if you enjoy particularly twisted comedy,you might like this nearly Kill Bill kind of violent story in part because of the dark, comedic performances of Benicio del Toro, Ryan Phillippe, James Caan and especially Juliette Lewis.

Violence and action take a more subtle turn in 44-Inch Chest (2010). A group of old codgers (are there young codgers and if not, why not?) kidnap a young man who is having an affair with the wife of one of their friends. The theory is that if the husband has a chance to torture and otherwise humiliate his wife’s lover, a bit of self-respect can be regained. While there are those who might argue that the real torture for the young interloper is being talked to death (this is a British film after all), there is a great deal more to it. And most of it is credit to the great actors — Ray Winstone, Ian McShane, John Hurt and Tom Wilkinson. The film, which could have just as easily been a stage play and possibly should have been, is nonetheless well worth the time and the talk.

Both are worth it if you are in the mood for something just a little “off.” Perhaps you shouldn’t start drinking until the second feature. In honor of the codgers, how about some lukewarm Guinness?

Posted by Ronald Tierney at 9:07 AM

Good call. I liked both of those films.

Thank you. Also in contention for a kidnapping double feature was Raising Arizona. But I'm sure there will be another time for it.