A Little Promotion, a Little History — Shanahan, Then and Now 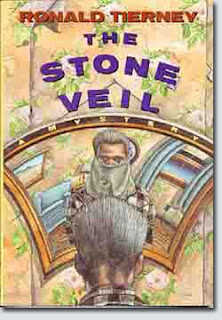 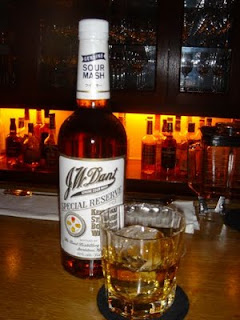 St. Martins Press published the first “Deets” Shanahan mystery, The Stone Veil, in 1990. Despite the fact that it was critically well received, a nominee for a Shamus, went into a second printing, and briefly optioned for a film, the book never came out in paperback. (It was serialized in a Latvian magazine, I’m told.) And, of course, an ebook wasn’t even a gleam in anyone’s eye at the time.

Lately, I’ve been working on the four “early Shanahans” (1990-1995, St. Martins Press), getting them ready for release as both trade paperbacks and ebooks. Because there were no “electronic” versions of these books, they had to be scanned into electronic files. I’ve been going through them, correcting what the scanning process misread, “litde” for “little,” for example, as well as fixing odd line breaks —getting them in the best shape possible before the book designers do their magic.

This means I’m reading them again — 21 years later. And oddly, while I’m taking this trip down Memory Lane, I’ve just begun the first draft of what might be — if the Gods are kind — the eleventh Shanahan.

The reissuing process puts me face to face with the character on page one of book one — at the moment of his birth full-grown, and too soon old. I was a little apprehensive. How much has he changed over the decades? Surprisingly little. He is slightly mellower, but only slightly. That was to be expected. In The Stone Veil, after having been bitterly separated from his wife and child for many years, Shanahan met the love of his life, Maureen. She has accompanied him through every volume and every crime.

Though 21 years have gone by, Shanahan has only aged a few. During this time warp the real world has changed. Things have appeared and disappeared. In today’s Shanahans, there are smart phones, but no telephone booths. No VHS. No typewriters for the most part. People don’t light up a cigarette every five minutes. Can you buy a pack of Chesterfields? Social media has emerged, giving writers a new dimension in which his or her characters might live. So has Google, not only helping the writer with his or her research, but an obvious boon to the P.I., real or fictional. DNA has become a big deal in crime solving. While this has freed some innocent people from prison and even death row in the real world, many a fictional murder is solved these days with a strand of hair, which makes crime solving no more interesting than a math test. Also, many of the casual references to ‘90s pop culture in the early books are now candidates for trivia games as are certain brand names. Shanahan’s favorite bourbon, for example, J.W. Dant, once available in every liquor store at least in Indiana, is now very hard to find.

Many of the places in ‘90s Indianapolis are gone as well. This is especially true of restaurants, but also of department stores, grocers, pharmacies and movie theaters. Local stores were replaced by local chains, and local chains by national and international ones. This leaves early books a bit dated. The upside to having these books in print is that they have inadvertently, and maybe entertainingly, recorded a bit of history. The idea that making old books available through new technology has made me more aware of what else is new and what else is gone, or slipping away.

The other consideration for those wonderful readers who have followed Shanahan through the decades is that there is a serious time warp between book four and book five. In the more recent books, all six of them published by Severn House, Shanahan still lives in Indianapolis. However, he no longer lives in the ‘90s. Readers, who have read only the more recent books and who volunteer to travel back to the beginning, will have to do a little time-traveling. I hope they will enjoy it as much as I have. Revisiting these early books turned out to be a productive exercise for me, informing what might be the eleventh Shanahan.

UPDATE: Good to the Last Kiss (not a series book) will join the list of my recent mysteries to be available on Kindle. Others are: Bullet Beach (latest Shanahan), Death in North Beach (latest Paladino & Lang) as well as Mascara, Death in the Tenderloin, a novella that acts as a prequel to the San Francisco mysteries and that reveals how Lang and his gender-bending pal, Thanh, met — a secret never explained in the series.

Posted by Ronald Tierney at 6:20 PM