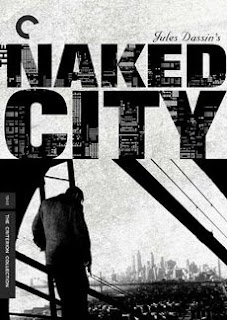 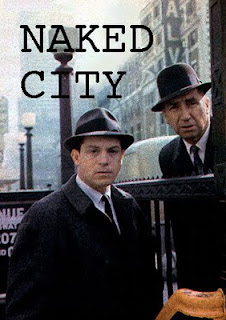 If you’re watching at home, whether or not what you see was made for the big screen or the little one doesn’t matter much. At least, that’s true for Naked City. Time is another matter. If you want to visit New York City and have a sense of what it was like in 1948, you’ll get the view of an award winning cinema-tographer’s black and white portrayal of the nation’s largest metropolis and one of the Naked City’s eight million stories. William H. Daniels won an Academy Award for this strange, fascinating murder mystery with a documentary feel. The city is the star, even during the obligatory chase scene that brings the movie to a close. The journeyman cast is headed by the scene stealing and delightful Irishman, Barry Fitzgerald.

Ten years later ABC had the bright idea — with a little tinkering — to do a network TV series on the same premise with the same characters, but different actors. A half-hour Naked City series, starring James Franciscus, premiered but failed to make it beyond the first season. As if to prove the good don’t die young after all, in 1960, Naked City was revived and expanded to 60 minutes. This new version, still using NYC as a main character and clearly the stylistic offspring of the original film, took advantage of an obvious resource — the talents of young New York actors. The episodes, at times heavy handed, but with great camera work, featured such future stars as Christopher Walken, Peter Falk, Robert Duvall, Robert Redford, Kim Hunter and Dustin Hoffman. Naked City holds up better than most of the network crime shows from that era.

Netflix also has the movie and a few discs featuring episodes from the hour-long series. They might be available elsewhere as well. This means you can do a little mixing and matching for an evening in vintage New York. Now, about what to drink. No debate here. Though some might consider it a little hoity toity, why not have Manhattans? Fashionable then. Hip now. Is “hip” hip?

Posted by Ronald Tierney at 8:25 AM