Film Pairing — Autophilia, And When Remakes Are Justified 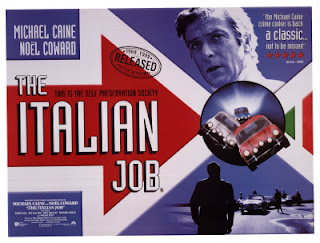 I don’t know how many times I’ve heard folks lament the remake of a good film. “Can’t they leave well enough alone?” They are remaking The Thin Man for example and that seems to have insulted a number of people. It is one of my favorite films and yet I don’t think one displaces another. Sometimes it is one film honoring another. Of course, as a writer, I wish they would make a first movie out of one of my books rather than a second or third out of someone else’s work. But I just recently saw Tinker, Tailor, Soldier, Spy. A few months ago I rented the PBS series from Netflix and thoroughly enjoyed it. Alec Guinness for heaven’s sake. Six parts. Fantastic. And yet there is a new version with Gary Oldman, Colin Firth, John Hurt, and Benedict Cumberbatch (the modern Sherlock). It is brilliant. The cinematography is masterful. The editing is immaculate. The acting is the best possible. The new movie doesn’t cancel the impact of the PBS series. However, it is extraordinary and worthwhile all on its own.

I say all of this to come to lesser dramas to be sure, but two that will make an entertaining, escapist evening. Unlike the LeCarré-inspired pieces that require you pay careful attention, these two films require only that you relax and have fun. You will not be intellectually challenged. If, in fact, you are not prepared for a little silliness or are unwilling to abandon any craving for reality-based drama, you might want to skip both these films. The first is The Italian Job, the British version made in 1969. The second is The Italian Job, the American remake, made in 2003.

The silliness is vastly more present in the original, British version of The Italian Job. If you have doubts about the purposeful absurdity of this heist movie, think of the casting: Michael Caine, Benny Hill, Rossano Brazzi and Noël Coward. Anyone who thinks this is going to be a gritty, noir-inspired film needs to…well…do something about his or her own unrealistic expectations. The real stars of this film and even more so for its remake are the automobiles. Great cars. Great chases. American audiences most likely received their first glimpse of Mini-Coopers when they took center stage as part of the ingenious robbery of ill-gotten gold in the Italian town of Turin. Fun, suspense, action and a travelogue. For the American version we move initially to Venice for a clever plot to steal a safe. A canal-bound chase (we’ve seen them in James Bond films and in the recent mildly entertaining The Tourist). But the gondola-spilling is only a mild tease. The high-profile cast is perfect for this more muscular film. Mark Wahlberg, Jason Statham, Mos Def, Edward Norton play significant roles. So do Donald Sutherland, Charlize Theron and, for comic relief, Seth Green. When our favorite criminals are betrayed, we witness the careful planning and brilliantly choreographed execution in, however, the less glamorous setting of L.A. The new and improved version of the Mini-Cooper is given a starring role (word is that sales of the baby Beamers went up by 22 percent. Talk about product placement). The addition of Theron and the revenge factor provide a dimension the original didn’t have. Also, entering the age of special effects, the cinematography renders this version much more visually exciting.

There has been discussion of a third film, a sequel to the American version called The Brazilian Job. But a search for information about the film suggested I was actually snipe hunting.

For drinks, let’s think Italian. Something light and not too serious. How about turning up the heat and pretending you’re in sunny Italy. Pop the cork on a chilled bottle of Prosecco.

Posted by Ronald Tierney at 9:35 AM