Opinion — A Kiss Is Still A Kiss, A Sigh Is Just A Sigh...For Now 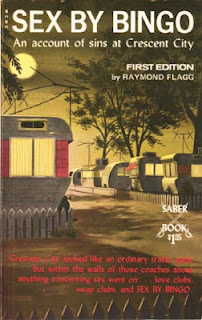 TO UPDATE OR NOT TO UPDATE: I have a couple of unpublished manuscripts of stand-alone novels that were written in the 1990s. One was almost published a couple of times by different companies. One was never submitted because it was an odd length — too short for most publishers, but way to long for a short story. Then, there is a 20,000-word novella. It’s a strange little piece about a small apartment building in San Francisco’s Chinatown. I simply don’t know any publisher who would want this sort of thing.

So I have given some thought to publishing them myself. But before I do, I need to decide whether to update them or leave them as products, for the lack of a better word, of their time. It’s odd for me to think about them as period pieces. We’re only talking about the 1990s. But things are very different now. “Outdated” has become nearly a matter of moments, not decades or years.

Suddenly, it seems to me, there are no public telephones, no station wagons, no Rolodexes or adding machines or table lighters. Cassettes. Mercurys and Pontiacs are gone. You will find Princess phones in the antique shops. Also gone are Pan Am and TWA. Does anyone call someone else “kiddo?” Characters aren’t as likely to smoke either. Other words that went missing earlier: jalopy, Sanforized, Instamatic, flashbulbs, White Walls (referring to tires), DeSoto, Oldsmobile, Nash, Packard and Hudson. What does the “gay nineties” mean to you? And take note: On the edge of potential extinction are Twinkies, Ho Hos, Ding Dongs and Sno Balls.

Earlier, I said “sudden.” But what is sudden to me is a matter of light years for others. Technology and our adaption to it are moving so quickly that even the young and willing, even eager, must rush to keep up. To be thirty is a disadvantage in the digital world. Three-year-old fingers dance over keypads and push screen icons. The over-the-hill view we had of 30 when we were 18 has been validated. Only 30 may now be 20. What phones can do it is mind-boggling compared to just a very few years ago. What does that imply for a world three years from now?

We can also ask what kind of tracking of people can be done now legally, illegally or outside the realm of either? What kind of information on all of us is being stored, aggregated, and acted upon? In a recent New York Times article, it was reported that a major credit card company reduced the credit limit for an individual because he shopped where people with poor credit records shopped. Not him. Just those with whom he had been inadvertently associated or, the new word “aggregated.” The availability of this information is a simple matter of keystrokes for knowledgeable criminals, the government, corporations, reporters and nosy private eyes.

Do we care? Personally, YES. I am fearful of such inroads on our privacy by folks and organizations who continually demonstrate they are unfit and corrupt. Professionally, it also makes traditional writing difficult. One could frantically try to understand the complex and growing impact of technology on our daily lives in order to write a “current” or “present-day” novel only to have “present day” mean it’s retro before it’s published.

On the other hand, we could make lemonade. A writer could spend the rest of his or her life constantly updating one e-book — never needing or having the time to write anything else. That isn’t necessarily a bad thing. That may be art. That may be the ultimate form of e-book, not only adding on to an existing story, which is what we do in life, but also changing our past based both on our fading memory of it as well as altering the book based on the understanding and knowledge we’ve gained about ourselves and our times.

But I’m still left with the initial question. What should I do about these existing manuscripts? Try to make them reflect today or leave them alone? My decision is not just based on the easy appeal of laziness. It’s the impossibility of doing anything else. I think I’ll leave the manuscripts alone. They’ll be retro. Is “retro” still cool? How about “cool?” Probably, “cool” is “retro.”

UPDATE: Speaking of retro, endlessly it might seem to you, there is good news. The winner of the drawing for the reissued early Shanahans is Bill Creed from Chevy Chase, Maryland. Along with Stone Veil, Steel Web, Iron Glove and Concrete Pillow, the first four in the 10-book series, Mascara, Death in the Tenderloin was also included. All of them were published by Life, Death and Fog Books in trade paperback (they are also available in e-book formats). Hope you enjoy them, Bill.

CAPTION: Book cover art is from the website for San Francisco’s great pulp-oriented bookstore, KAYO. Were there others in this series? If not, there should be. Maybe Hard Scrabble illustrated with a dilapidated barn and a farm girl with a torn blouse. Or Curse of the Gin Rummy, illustrated with a couple of empty bottles in a cemetery.

Thanks for the books Ron. Looking forward to reading them.