Opinion —What's It All About Alfie? Or More Damned Musings 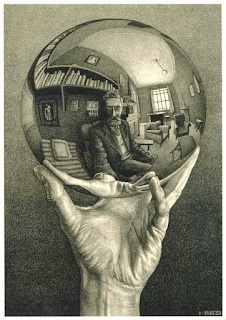 Writing crime fiction came about relatively late for me. I’d always written. Even as a kid, who was not at all adept at sports nor brilliant in science and math, I began stringing words together. In the first grade I took my ukulele around from school room to school room and strummed the strings. An inept infant troubadour, I made up songs as I went along. The fact that I didn’t know how to actually play the ukulele or know any songs didn’t seem to bother me. My fellow five-year-olds didn’t seem to mind as long as they still got their Graham cracker cookies, milk and a nap. There may be those who will bring this up later when I talk about writing books.

At any rate, in the later elementary grades, I wrote skits, plays, short stories, and poems. Some of the skits were 15-minute comedies inspired by the TV show, The Honeymooners. My best friend and I performed them for elementary school talent shows. He played Norton. I was Ralph. I was built for it. It was a genuine pleasure to hear others laugh at what we had written and performed. And they did.

In high school I was often able to save myself from failing grades by offsetting poor test scores or late homework with creative term papers or unexpected special projects. It backfired once. I hadn’t read Return of the Native all the way through before the book report was due. I wrote a review of the first third of the book, using Thomas Hardy’s style, hoping my teacher wouldn’t notice that I failed to include any remarks about the last two thirds. Miss Wood gave me an “F,” not because I failed to review the entire Return of the Native or that the writing was not up to par. On the contrary, she was sure I had plagiarized the report. I couldn’t possibly have written it, she said. I did write it. I could, even then, pick up word use and prose patterns. In a sense, (risking literary blasphemy here) it was the same as copying the style of The Honeymooners. I used to be able to mimic celebrities, at least some of them, fairly well. Sadly, that talent has deserted me. Fortunately, for those around me, I know that the talent has deserted me. I’ve also given up the ukulele and acting. But I never gave up writing. And with the exception of Thomas Hardy, I used my own voice.

For one thing, writing has often been the way I earned my living — advertising, speech writing, newspaper stories. And it may have saved my life. When I was drafted and sent to Vietnam my writing and typing skills pigeonholed me as an “information specialist” rather than a foot-soldier in an infantry platoon. Even though I traveled throughout the country doing stories for military publications, including Stars and Stripes and Army Times and was very occasionally in harm’s way, I was far less vulnerable than what I came to see as the “real” soldiers.

Later, this ability to put words on paper enabled me to get jobs in corporations without a college degree or do temp-work to stay afloat during what I might euphemistically call my unsettled years. I could write and write and write, pretty much what anyone needed — at least well enough. The only thing that eluded me was the novel. And this was what I wanted to do more than anything else. Whenever I tried to write something longer than a short story, I would just wander off on various tangents and not find my way back. I spent two years after getting out of the service dedicated to writing a novel. I worked at it. It didn’t happen.

I stumbled upon the idea of writing mysteries when I was 40. Understanding the structure and discipline of the mystery novel allowed me to give a little direction to my meandering. The idea that almost any good story — almost all fiction in one way or another — involves a mystery to be solved gave me comfort. I didn’t need to rely completely on a formula, nor be completely grounded in the history and traditions of the genre. If I chose, I still had as much freedom as I wanted; yet I could coral my tendency to let the narrative wander aimlessly where it pleased. Being a flâneur, which I’ll no doubt talk about soon, is one thing on the city streets and another in writing.

Even during a time when it appeared my career as a novelist was over (it wasn’t, thank goodness), I kept writing. Why? Because it wasn’t all about the money or having a finished book in hand. For me, writing fiction — the process of it — provides something beyond those rewards, something else altogether. I don't think I'm alone in this. It is a driving force for many of us, something that keeps us writing when the odds against anything we write ever seeing the light of day seems insurmountable.

For me, the desperate search to save my grades, however unsuccessful the resolution turned out to be, gave me considerably more insight into Hardy’s mind than recanting plot points to prove I read it. Writing skits, however juvenile, provided some clues about the nature of humor. The ukulele? Well that was just foolish.

But back to secrets. What would you kill for? Who are these people you write about? Don’t you have to know them? Feel and think what they feel and think? Inhabit their minds and souls — at least a little? And, in doing that, you are mining your own mind and soul. How far will you go? And of course, the difficult part of the art or craft — why would anyone care?

Email ThisBlogThis!Share to TwitterShare to FacebookShare to Pinterest
Labels: on writing, Opinion, writing