Blatant Promotion — And Now A Word From Our Sponsor 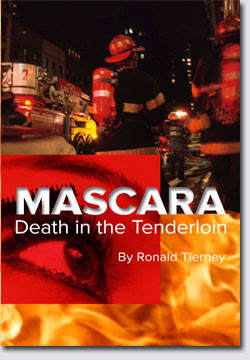 Late one night San Francisco Private Investigator Nicholas Lang picks up someone he believes to be a female prostitute. Neither “female” nor “prostitute” are quite true. And what should simply be an embarrassing misunderstanding becomes a deadly walk on the wild side.

The next morning, a woman hires Lang to find her missing husband, a very rich and powerful man. Lang wants to find out why a low-life private eye is being singled out for such a high-level job, but things move too fast. As Lang begins to look into the missing person, he is approached by two San Francisco homicide inspectors who consider him a prime suspect in the murder of the “prostitute” — an illegal Vietnamese immigrant. Before the first nightmare is over, the young P.I. realizes he has put his life on the line for his second client who may or may not have a missing husband, who might or might not live on a boat in Tiburon and who seems to have an odd way to settle the bill for services rendered.

Lang now has more questions than answers. What happened to the missing man who was about to take over the US’s corporate feudal system? And who murdered the poor and powerless transvestite? What he discovers about each case has dangerous consequences. He is the target of two, separate, but lethal forces.

In the course of the investigations, much of what seems real isn’t. The missing are not missing, the dead are not dead, and Lang’s own identity comes into question.

Mascara: Death in the Tenderloin is available as an e-book from Amazon ($3.99) and as a trade paperback from both Amazon and Barnes & Noble.

Posted by Ronald Tierney at 7:57 AM